Susan has spent the last several years in the public sector focused on coalition building. In her role with the San Diego Foundation, Susan works to create and execute innovative strategies and cross-sector partnerships that enable the Foundation and its partners to better address community needs and leverage resources. This work led to the creation and launch of PIC in August 2021. Prior to joining the Foundation and her subsequent leadership of PIC, Susan served as special advisor to the Office of San Diego County Board Supervisor Nathan Fletcher, where she advised on complex policy and budget issues; recommended appointments to boards and commissions and served as the Office’s liaison to unions and labor organizations; and developed grant strategies and oversaw Community Reinvestment and Neighborhood Reinvestment programs.

Some of her most notable achievements while working with the County include drafting a policy to create its Human Relations Commission and establishing a public-private partnership resulting in the San Diego COVID-19 Community Response Fund – which raised and deployed $64million into the community in 18 months, assisting over 250 businesses and nonprofit organizations. She also created a first-of-its-kind local government loan program backed by state guarantees of 95%, offering millions of dollars in low-interest loans to struggling small businesses and nonprofits.

Susan brings more than 30 years of legal experience spanning tobacco litigation, consumer and workers’ rights, climate protection, and human rights to PIC. For example, as one of her firm’s four trial counsel for a major County of Los Angeles tobacco case, Susan secured a $3.3 billion settlement with a further $12.7 billion settlement for the State of California for health and human services, smoking cessation programs, and research. Susan’s legal career also includes 15 years as principal of Guinn Law Firm, which received one of the largest individual wrongful termination verdicts in San Diego history, as well as multiple seven- and eight-figure settlements, awards, and verdicts – from class actions, business fraud, LGBTQ rights, to product liability. Before her law career, Susan worked as a registered nurse in Denver, Colorado. 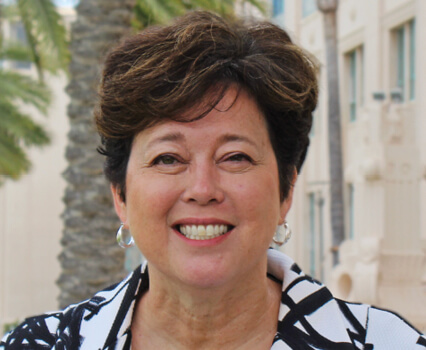